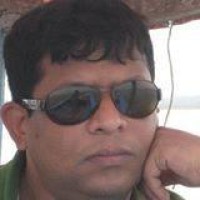 As designers, we need to break from our language of users and consumers to truly servepeople.

In the last ten years, with the development and popularisation of Design Thinking, in wider business context we fully adopted the term user experience (It was Donald Norman, a user experience architect, who coined the term and brought it to a wider audience: Uxdesign.com, UX Design Defined, 16/08/2010http://uxdesign.com/ux-defined) to finally shift our focus from customers or consumers to users.

I started working in the field of human-centric design not more than 5 years ago as a trend forecaster and sociologist. Ive never actively used the term UX to describe what I do. It wasnt a strategic decision, but it didnt feel that it reflected the truth. Now Im probably closer to it than ever and it would feel even less true to call myself a UX designer or UX strategist. This time I consciously refuse to be the advocate for the term of User Experience.

In the design community, were talking more and more about crafting experiences that are not only functional but also delightful and meaningful, that not only reduce friction and add ease but make people feel better  better not about the usage of the product at question, but about themselves and their lives. If we really want to have impact on people, we need to start thinking of them as human beings, not not just circumstantial users and consumers of our products.

Increasingly, users want to be recognised for who they are as individuals  where theyve come from, what they believe in and who they want to be perceived as. We see a growing trend in diversity among lifestyle brands which adds nuance to brand communication. It may also mean adopting a product range to a specific culture, what Nike has done with their sportswear collections for muslim women. As long as were talking about customers or consumers, we will be depersonalising the human beings were trying to serve. If we, as design community (which increasingly spreads beyonddesigner community) want to be truly human centric, we need to distance ourselves from customers, or even users, while getting closer to people.

Its not just a matter of taxonomy. Im not advocating for the change of a word for the sake of change. The word is loaded. And it grabs the whole language with it. The term ofuser experiencebrought about a whole dictionary of UX, withuser research,user needs,user stories, to name just a few. Logically, by narrowing down one consideration (people asusers), we suddenly narrowed down the whole field of design. Instead of enabling out-of-the-box thinking, were limiting ourselves and others to navigate within a pretty small box. I dont know how about you, but Ive started suffocating.

Its neither only a matter of meaning of the word, but of real personal desire. Todays technologies let us experiment with our identities  both individual and collective. And multiple products were using allow us to craft multiple identities at once  different Instagram profiles linked to different roles we play, various platforms for access to various niche communities. With raising expectations of personalised experiences, the issue of privacy also becomes more pressing. Unless we actively acknowledge consumers as real people, well keep reducing privacy to data protection  which isnt human centric, but rather product centric. In the meantime, it comes with fears, which are true psychological concerns. In a last years survey for IBM, 75 % of respondents said they will not buy a product from a company  no matter how great the product  if they dont trust that company.

When recognising people collectively as users, we tend to flatten their problems even more. Its clear that people who buy arent just customers, whereas people who create content arent just publishers (just to give a taste of user typology). They might be that just in a specific circumstances. However, when designing, testing and managing our products, we tend to limit collective identities of people to such. Instead of opening up the term of users we usually try to break it down into end-consumers, business users, stakeholders, etc. narrowing them down even more. The side effect of the quest for precision becomes isolation and loss of context. To consider people using the products we design while maintaining precision and contextualisation we need to consider cultures. Cultures in the sense of shared perceptions of what is meaningful. For instance, someone concerned with sustainable foods might be shopping for groceries only at a local farmers market and still satisfy their crave for Burger King during air travels, because of an established habit.Recognising users as people can help us be open to their multifaceted natures and therefore design experiences that are more profoundly human.

Physical and virtual experiences will sooner or later become indistinguishable. We already see them merging as our phones have already become extensions of ourselves. If we want to integrate our products meaningfully into peoples lives, the particular digital experiences were designing should complement if not blend in with other, possibly non-digital experiences. An important prerequisite for this to happen is to consider people as their complex human beings and not in isolation as users of a product or service. Experiences are just that  experiences. They are all contextualised, situational, increasingly personal and increasingly blended. And as much as we want to improve relevance, we have to think of people holistically  as truly complex human beings they are. This approach obviously poses a new set of challenges, based on which we need to reevaluate one or two things we know. The field of experience design has so far never been fixed, therefore it needs to evolve further.

Encouraging holistic approach, we cannot not think of ethical implications of the narrow definitions we use. Lets take a step back from talking about consumer needs and start a conversation about consumer rights, human values and needs of societies. The role of us, designers is no longer just solving customers problems. With todays technologies, access to knowledge and abilities to create probable future scenarios, our work should focus on preventing potential problems, not solving them once they arise. All of us humans will face them collectively, no matter if were users or consumers of anything in particular. Even further, by defining people who were supposed to serve as users and consumers, were contributing to the perpetuating problem of over consumption and product overload. The biggest user problem to solve will soon be the problem of being a user. Design has means to change that.